The geology of the El Picacho - Cumaro district can be considered as two halves, with the western half comprising outcropping precious-metal bearing veins that project directly from the El Picacho claim on to the Cumaro claim.  The eastern half is interpreted to have been downthrown relative to the western half, thus potentially preserving the El Picacho mineralized level at shallow depth. Surface alteration at Cumaro comprises corridors of clay, quartz and calcite; assemblages that support the shallow level geological interpretation of the western block at Cumaro. 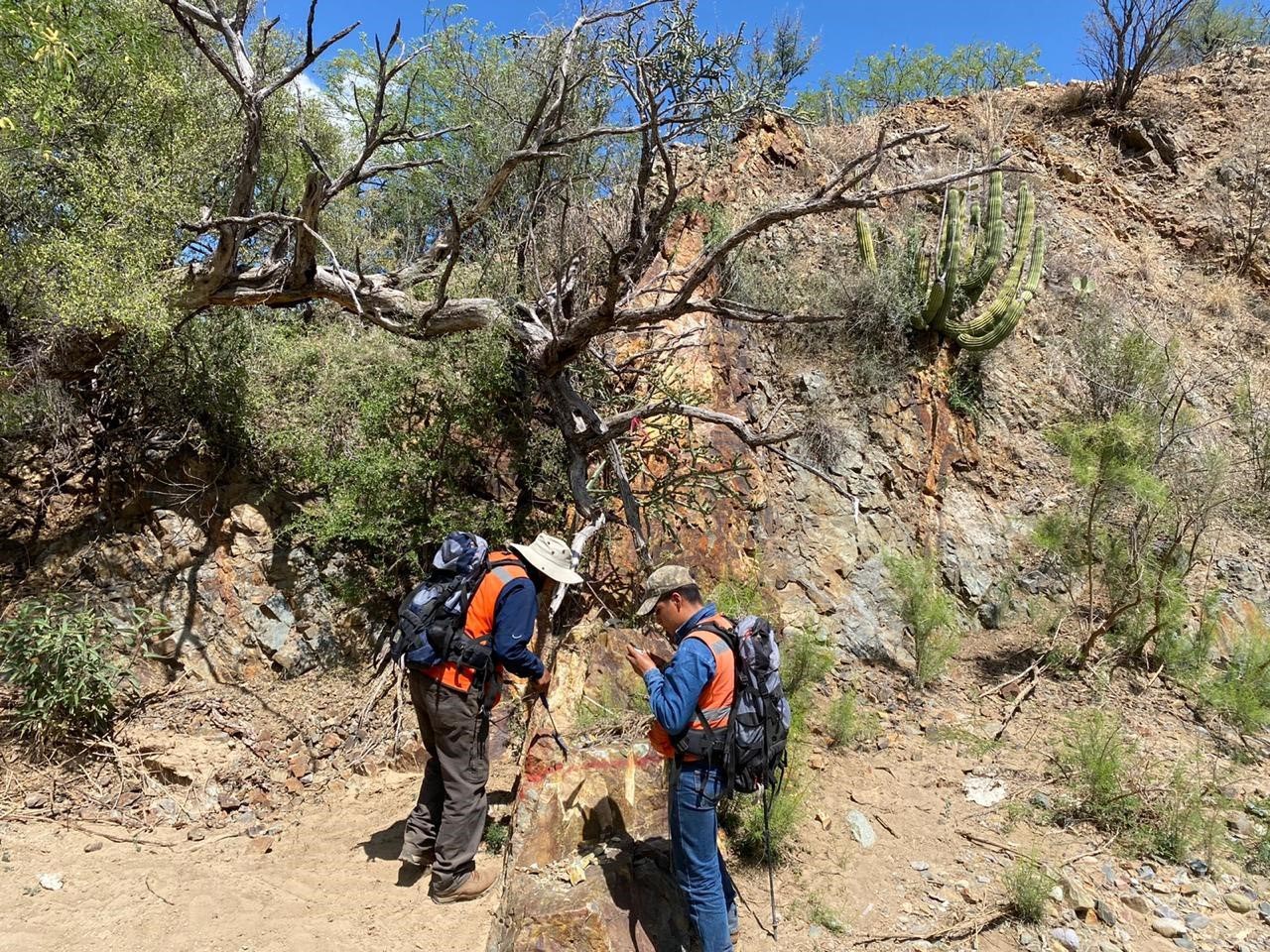